The Odia, known classically by various names (Oriya, Odri, Utkaliya, Kalingi, Latin: Uri), are an ethnic group of eastern India. They constitute a majority in the eastern coastal state of Odisha, with minority populations in Andhra Pradesh, West Bengal, Karnataka, Jharkhand and Chhattisgarh.

The vast majority of the Odias are Hindus and are known for their history of Sun worship. Odisha is home to some of the oldest Sun temples in India, including Konark. There are small Christian and Muslim minorities.

The term 'Odia', while sometimes used to refer to any inhabitant of Odisha (that is, an Orissi or Odishan), more precisely refers to the ethnic group which natively speaks the Odia language. While many of Munda people have adopted the Odia language, they maintain a distinct identity and there is no discernible admixture between them and the Odias. 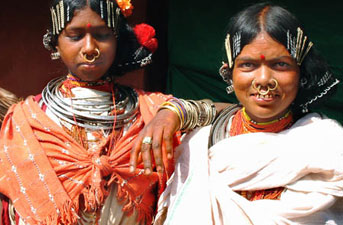 The Odias are distinguished by their ethnocultural customs as well as the use of the Odia language. Odisha's relative isolation and the lack of any discernible outside influence has contributed towards preserving a socio-religious structure that has disappeared from most of North India. The earliest Odias were called Orda or Kalingas. Then Utkals. The Kalinga people were first to have stablished sea route trade links with Sri Lanka and far east like Java,Bali, Sumatra, Borneo, Malaya, Burma, Thailand. Prince Vijaya along with his 700 followers were exiled to Sri Lanka by his father Singh Bahu, contemporary of Lord Buddha and King of Singhpur of Kalinga. They gave rise to Sinhalese race later on. Srivijaya dynasty was founded by Kalina people in Java and Bali. The Emperor Sailendra of Indonesia belonged Bhoumakara Dynasty of Kalinga. Odisha was first conquered by the Mauryan Empire around 261 BCE. The resulting bloodshed was the catalyst that led to the Mauryan Emperor, Ashoka eschewing warfare and converting to Buddhism and spreading Buddhism outside India. Emperor Meghavahana Aira Kharavela, a Jaina ruler conquered vast territory and Odisha or Kalinga spread from river Ganges in the north to river Godavari in the south. He seems to have captured vast area of upper Punjab too. Rajendra Chola a Tamil king of Chola Kingdom conquered 1019 CE Odisha during his expedition to the Ganges.[3] Thereafter Odisha remained an independent regional power for more than a thousand years when it began to undergo a slow decline. It was conquered by the Mughals under Akbar in 1568 and was thereafter subject to a succession of Mughal and Maratha rule before finally falling to the British in the year 1803. It was carved out from Bengal in 1912 and finally became a separate province in 1936.

The word Odia has mentions in epics like the Mahabharata. The Odrakas are mentioned as one of the peoples that fought in the Mahabharata, a testimony to their Aryan roots. Pali literature calls them Oddakas. Ptolemy and Pliny the Elder also refer to the Oretas who inhabit India's eastern coast. The modern term Odia dates from the 15th century when it was used by the medieval Muslim chroniclers and adopted by the Gajapati king. 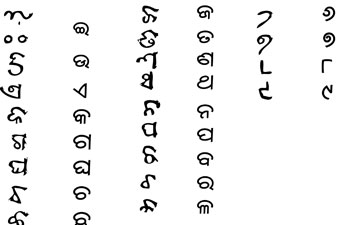 Odia one of oldest languages in the country is the predominant language spoken in the state and its outlying tracts.Odia is the official language of the state and 84 percent of the people speak in Odia.Besides Hindi, Urdu, Bengali and Telugu are widely understood and sometimes spoken. English is spoken by the educated few. There are also a number of tribal languages by the tribal people of the state.

Among the eastern states of India, Odisha has the highest concentration of the Hindus forms 94.35 percent of the total population; the Muslims Christians, Buddhists, Sikhs,Jains and others forming 2.07, 2.44, 0.027, 0.047, 0.025 and 0.983 percent respectively.Odisha is a land of religious tolerance and the people following different religions and faith live harmoniously, often within the same village .Usually a large number of casts reside in a Hindu village ,such as Brahmins,Karans,Khandayats or Kshatriyas and the functional like cultivators, carpenters,weavers,blacksmiths,braziers, goldsmiths, milkmen, oilmen, potters, barbers, washer men etc.

People in Odisha whether rural or urban, live in families. Those who have to stay away from family at their places of work in towns or industrial areas usually monogamous among all the sects When a Youngman or a women is of marriageable age ,it is usually the duty the duty of the parents to arrange for the marriage .The Muslims and the Christians follow their own traditional customs .Inter-cast marriages are taking places in recent times ,but are limited in number .Certain moral code and ethics are commonly accepted in the Odishan society in respect of social conduct. Drinking is considered a vice and as such shameful in the households of villages. For the tribal people, however it is not a vice. Beef is a taboo to the Hindus as pork to the Muslims.