Get a Customized Tour Package in Odisha 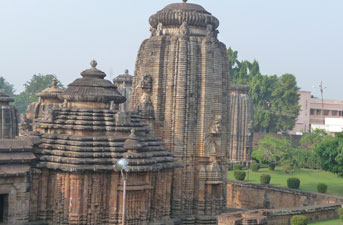 Alight Bhubaneswar; coronal welcome; assistance and transfer to Hotel. Bhubaneswar is the capital of the antediluvian kingdom of Odisha (Orissa), and is famous as the temple city of India. Travel through Odisha (Orissa) is a hodgepodge of art, domicile and long-established customs. City tour of Bhubaneswar, which has some gorgeous temples flock around the Bindusagar Tank. Of the original 7000 only 500 remain dating from the 7th century to the 11th century AD. Of these the most outstanding is the 11th century Lingaraja Temple, which celebrates the meridian of Odisha (Orissa) art; and the late 10th century beautifully decorated Muktesvara Temple, which marks the end of the phase of temple building in Odisha (Orissa). Outside the city limits are the Udayagiri and Khandgiri caves, harking back to the time of Jain and Buddhist occupation of this region in the 2nd century BC. The Jain caves are among the earliest in India and all the caves were built or shovel during the 150 years before Christ. In opposition to the stark decor of the Jain caves, the Buddhist caves are decorated with excellent friezes and sculptures. O/n hotel. 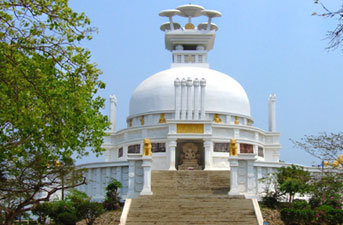 On the drive to Konark (75km), we will stop at Dhauli where the Mauryan monarch Ashoka disavow violence and cuddle the teachings of Buddha. We visit the Peace Pagoda known as Shanti Stupa built in early 1970s by the Japanese. We also stop at two venerable rock edicts, today overshadow by the presence of the Pagoda. Dating from 260BC they outline Ashoka's accurate instructions to his administrators to rule with gentleness and fairness. Our next stop is the colorful village of Pipili where we can see Orissan handicrafts, the specialty being the famous applique work.

Visit to the buggy of the Sun God temple, built by King Langula Narasimha Deva in the 13th century AD during the golden era of Orissan art. This temple, among the crowning works of Orissan architecture and sculpture, is sheer poetry in stone. Every day the Sun God rises from the prospect, across the shimmering blue waters of the Bay of Bengal, and casts the affection and fluorescence of his revitalizing rays on the sacrarium sanctorum, surround the temple during the course of the day, illuminating the three brilliant images of the sun - in the morning, at mid-day and in the evening, as day makes way for the night. As you approach the water, you will see rising from the golden sandy beach, one of the country's most vivid archaeological treasures - the Surya Mandir (Sun Temple). For a millennium, this temple served as a beacon to the ancient and medieval mariners. Despite the fact that the Black Pagoda, as it was referred to by European soldiers who wanted to distinguish Konark from the whitewashed Jagannath Temple in Puri, lies in ruins, the structure is magnificent. Afternoon drive to Puri takes about 2hrs. O/n hotel. 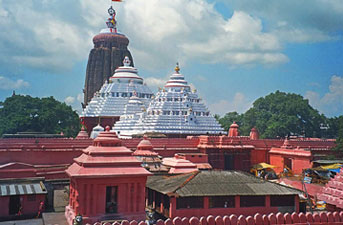 Puri is one of the four principal holy habitat in India, as well as a popular beach resort. It offers the rare experience of watching both the sunset and sunrise from the same beach. Pre-Dravidian and pre-Aryan history relates that a tooth of Buddha was temporarily enshrined in Puri before being moved to Sri Lanka. Supporting the theory that Buddhism prevailed in this area, the Jagannath Temple, dedicated to the Lord of the Universe, and the main attraction in Puri, was believed to have originally been a stupa (pagoda). The extraordinary form, Jagannath takes in this temple, is said to be the unfinished work of the craftsman god, Vishvakarma. Angry at Vishnu, he left his interpretation of the 'Lord of the Universe' incomplete. O/n hotel. 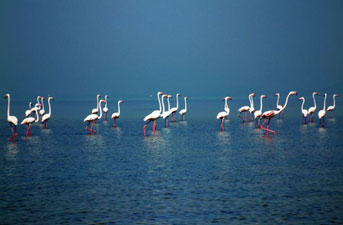 The drive to Chilka Lake takes us through picturesque countryside and charming villages. Chilka lies in the heart of coastal Odisha (Orissa). transmission over 1,100 sq km, this is the country's largest lake. Dotted with islands, Chilka has a rich variety of maritime life and is a bird watcher's paradise, particularly when migratory birds arrive in winter. Sunset and sunrise are memorable experiences here. O/n Guest House. 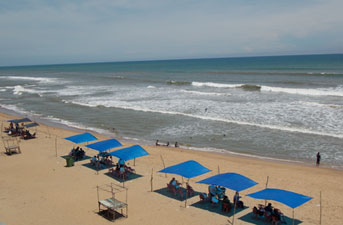 Rising early we visit the lake to view the avian life and the Kalijai Temple, abode of the presiding deity of the lake, located on a tiny island. In winter the lake attracts migratory bird from Iran, Central Asia, and as far as Siberia. We will also be able to watch the fishermen at work, who come here in search of prawns, mackerel and crabs. After breakfast we drive to Gopalpur-on-Sea, an ancient seaport not often visited by tourists. Sand dunes, groves of coconut palm and casuarinas separate the small town from the beach. O/n resort. 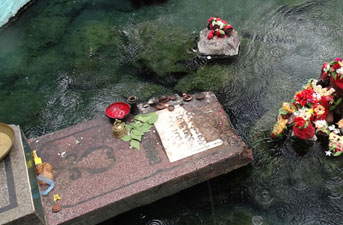 Morning, relax at the hotel; afternoon drive to Taptapani (150km). burgeon in the small hot springs in this harmonious village: water from the hot sulphur springs, discovered here in a forest setting, is channelled to a pool for bathing. There is a shrine of goddess Kandhi inside the original pool, which is believed to cure infertility. You may also like to visit Chandragiri, 36km away, where a community of Tibetan refugees resides, and supports itself by weaving carpets. O/n Inspection Bungalow. 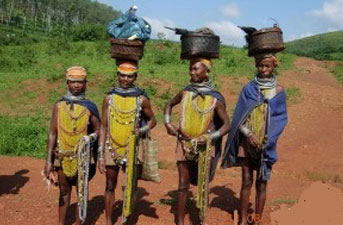 Odisha (Orissa) Temples & Tribes Tours Odisha (Orissa) has the third highest combination of tribes in India, and because of the amplitude of the area where they live these tribes are untouched by modern ways of life. Each has a distinct language and pattern of social and religious customs. Though economically challenged and a very low rate of literacy, the tribal groups have highly developed artistic skills as seen in their body paintings, ornaments, weaving and wall paintings. Music and dance also are an integral part of their ceremonies and seasonal festivals. During the next few days we will be visiting some of these tribal settlements. On the 220km drive today we will stop at the villages of the Saoras, a major tribe who live in hilly areas. In contrast to other tribes who live in clans, the Saoras live in extended families descended from a common ancestor. The village is administered by a headman assisted by a religious leader and village shamans (medicine men), who are able to communicate with deceased ancestors. The walls of the mud houses are decorated with remarkable paintings and traditional designs. Monday is the market day for this tribe so we will have time to wander through the tribal market. O/n hotel.

The expedition today takes us to the Kothgarh tribal area (180km). The settler speak Kuvi - a language derived from the Dravidian strain of Southern India. Human sacrifice has now been replaced with animal sacrifice, offering sacrificial blood to their supreme goddess, represented by a piece of wood or stone, to ensure fertility of the soil. The members of this tribe still use bows and arrows to protect themselves from wild animals. Tuesday is the market day. Return to Rayagada. O/n hotel. 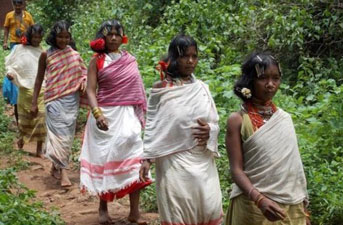 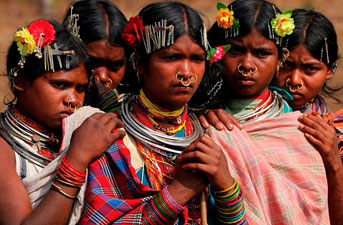 The area we visit today is the home of the approximately 6000 members of relentless Bondas (naked people) of Tibetan-Burmese origin. They live in remote hills and keep themselves isolated. Bondas grow rice by shifting cultivation and domesticate cows and goats and can only be seen when they come to trade at the local market. Therefore, we must time our visit to correspond with the weekly market-day on Thursday. The Bonda women are conspicuous with their bead necklaces, striking brass and silver necklets, and their shaved heads decorated with plaits of Palmyra leaves. We will also visit the colourful Gadabas, a Munda tribe who speak in an Austro-Asiatic dialect. O/n at Inspection Bungalow in Machkund near Onukudelli.

A day expedition to Gupteswar (140km) to visit the caves, which are believed to have been the refuge of Lord Rama during his fourteen years of exile, and the place where he worshiped Shiva. On the way we will visit a few Dhuruba villages. Return to Jeypore. O/n hotel.

Today we leave hotel early in the morning at 0600hr and drive to Vishakhapatnam (210km/4hrs.) and forthwith transfer to airport for flight to Delhi. Late night transfer to the International airport.

All domestic Hotels/Transport rates are based on current tariff & subject to change without prior notification, the revised rates will be charged extra. All arrangements made by PTT are in the capacity of an agent only. PTT will not be liable for claims or expenses arising from circumstances beyond our control such as accidents, injuries, delayed or cancelled flights & acts of force majeure.