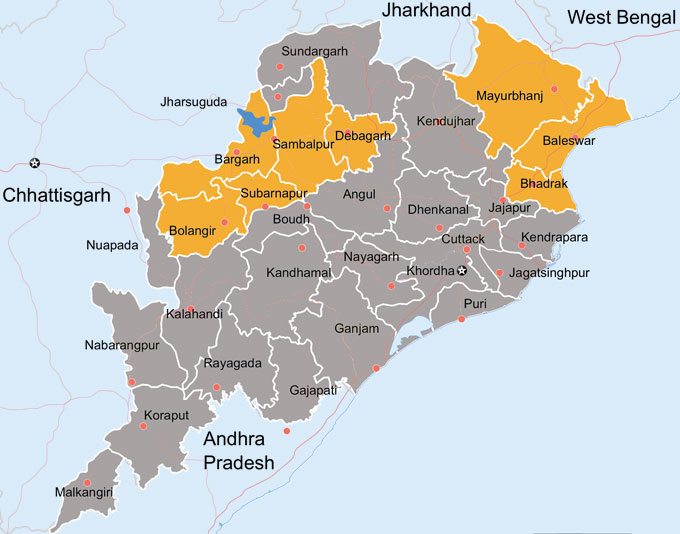 Area and population of Orissa

Other than Bhubaneswar and Cuttack, the major cities in Orissa are Rourkela, Brahmapur, Bolangir, Sambalpur, Kendrapara, Balasore, and Puri.

The state structures a part of the eastern seacoast of India. The coastline of the state is comparatively uninterrupted and the length of this coastline is approximately 480 km. Physiographically, the state can be divided into the following areas:

The major rivers of Orissa are as follows:

In addition, there are a number of spectacular lakes in the state that are top tourist draws like the Chilka Lake, Pata Lake, Anshupa Lake, Indravati Dam, and Hirakud Dam.

The state setup a strong economy with fruitfulness of natural resources and an inclusive coastline. The state is well-off in natural resources like coal, bauxite, iron ore, and chromite. Steel manufacturing is a major industry in the state. Other industries include transportation, oil refinery, power, information technology and aluminum.

Given below are the names of the popular educational institutes in the state of Orissa:

The top tourist charm in Orissa are as follows: