Odisha (Orissa) is a beautiful state situated on the coast along the Bay of Bengal. Different parts of modern orissa was anciently known as Utkal, Kalinga, Udra, Koshala and Kodanga. In the history of mankind Orissa always stands for great stand for human value and glory for superb intelligence. Orissa is gifted with nature's beauty, a 482 km stretch of coastline with golden beaches, serene rivers, mighty waterfalls, forest-clad blue hills of Eastern Ghats with rich wild life. Orissa is quite rich in its heritage that houses many remarkable monuments of ancient times. The entire length and breadth of Orissa is marked with remarkable tourist places and each place of India has a tale to tell to its tourist. The patrons of culture and Architecture can perceive the marvellous Architecture of the temples, rock-cut caves and also the forts that once belonged to the Great Oriyan King, radiating the rich heritage of Orissa. The Architecture of edifices, like the Konark Temple, Jagannath temple, Barabati Palace, Rajarani temple, Khandagiri caves, and the LalitaGiri and UdayaGiri are really remarkable. 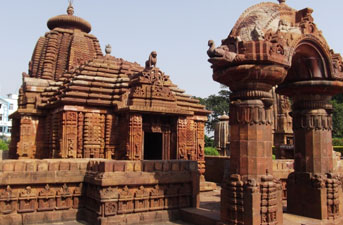 The land, while retaining its pristine glory, also offers the visitors modern amenities. Its territory formed a part of the ancient Kalinga of Mahabharat fame. In the ancient time Orissa was rose to prominence as a Kingdom under Kharavela, a great conquerer and patron of Jainism, in the second half of the Ist century B.C. Other great rulers belonged to the Keshari dynasty and the Eastern Ganga dynasty who were also great builders. At one time the vast kingdom spanned from Ganga to Godavari. The flourishing maritime trade with South-East Asian countries i.e. Java, Bornio had brought in a golden era of affluence and opulence. The Kalinga School of architecture flourished from the 7th to 13th century A.D. The most important monuments of this period can be seen in and around Bhubaneswar and Puri. The Mukteswar Temple is the finest piece of architecture of Kalinga.

The Lingaraj Temple of Bhubaneswar, the Jagannath Temple of Puri above all the world renowned world heritage Sun Temple at Konark is the epitome of temple architecture and sculpture. But the modern Orissa came into existence in April 1, 1936. The Britishers declared it as a separate province. In 1948 and 1949 the area of Orissa was almost doubled and the population was increased by a third with the addition of 24 former princely states. In 1950, Orissa became a constituent state of India. It is governed by a chief minister and cabinet responsible to an elected unicameral legislature and by a governor appointed by the president of India.

Utkal Gaurav Madhusudan Das was the architect of Modern Orissa and subsequently Sri Nabakrushna Chowdhury, Dr. Harekrishna Mahatab, Sri Biju Patnaik & others engineered their best efforts for catapulting Orissa to himalayan heights of fame & glory. In fact, Orissa has become a multi dimensional, multi coloured, many splendoured, vibrant & boisterous modern state all set on its journey in the present millenium to make its presence and voice felt in the nooks & crannies of the world through the Universal Cult of brotherhood, its unique cultural heritage, luxuriant forests & wild life, sprawling Chilika Lake, bountiful coastline, wide range of tribes & colourful canvass of art & culture. Orissa has been resurgent again rejuvenating and resuscitating its ancient glory, glamour & greatness. Its lush green countryside and fertile plains, tiny hamlets fringed with palm, coconut trees and mango groves offer the charm of rural beauty while the urban pockets, the four cities in particular, with the splendour of modern technology provide the amenities necessary for a comfortable stay. This wonderful land of fascinating beauty boasts of colourful festivals round the year. Orissa is also the land of unique handicrafts and other excellent artefacts. 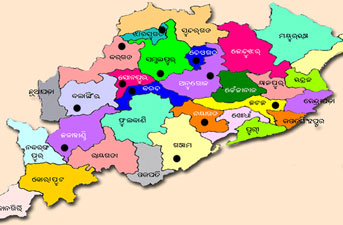